“The title Silent Narratives was taken from Chaim Potok’s novel The Chosen, in which he describes: I’ve begun to realize that you can listen to silence and learn from it. It has a quality and a dimension all its own”, explains Mei Huang in an interview about her curated exhibition Silent Narratives. The exhibition displays the archive of ancient artifacts of the Silk Road in the same space as the contemporary works of 25 artists from various countries along its route, such as China, Iraq, Israel, Iran, Palestine and Lebanon. Silent Narratives makes the cultural and historical exchanges possible between ancient and modern work silently, ignoring the limitations of time and space. As Roberto Mangabeira Unge has stated in The Self Awakened: “Any social theory that would escape the illusions of false necessity without surrendering to the fantasies of an unrestrained utopianism must make sense of this clash between the self-fulfilling prophecies and the recalcitrant facts.” Silent Narratives is not only related to the past, but also takes the present into account, creating narratives among the different struggles faced by the existing societies along its path. Hence, the ancient Silk Road is just an introduction, which invites us to view the world from the perspectives of the history, culture and politics of globalization.

In Silent Narratives both ancient literature and today’s visual arts are narrated by artists from their own points of view, either micro or macro, which also offers the possibility for visitors to interpret the history from multiple perspectives. Chantal Mouffe, a Belgian political thinker, believes that everything has something to do with politics and always will be. Do the works of art also show the social and political contexts in which they have been made? In relation to this, political scientist Wang Hui talks about the discourse of “De-politicized Politics” that shapes contemporary societies. For Wang Hui, social and political struggles become silent as public space is deprived of its conflictual nature as the political and the social are trying to be constructed as two separated spaces. Silent Narratives also represents those silent social and political narratives present in artifacts and contemporary art works. By the interplay between ancient and contemporary, those issues that have been always present become more obvious to the audience. This exhibition is divided into three chapters: China, The Middle East and Western Europe. Topics as “Past and present”, “Eurocentrism”, “Colonialism and Post-Colonialism” and “the Far-right wing’s rise” have been  discussed in the show . 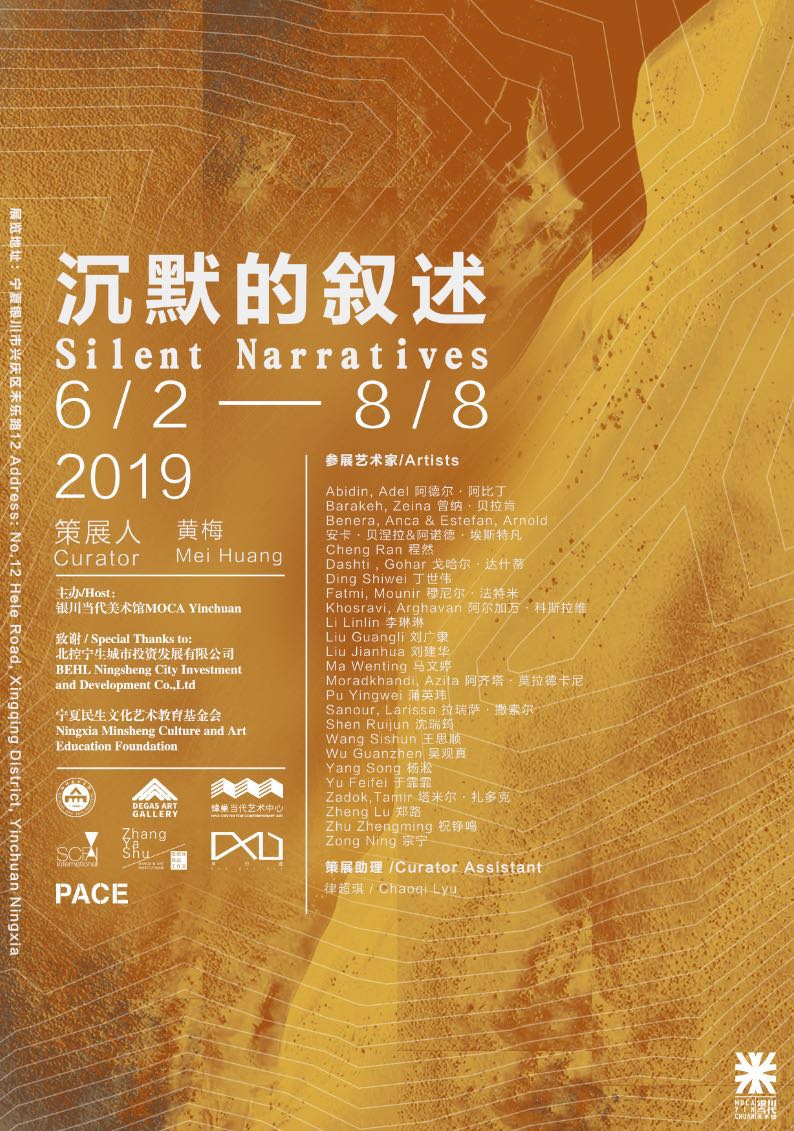